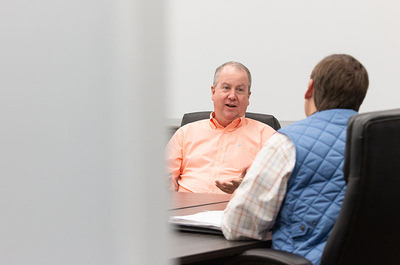 Coles Dwight is the Principal and CEO of Carolina Filters Inc. He began his career at CFI in the fall of 1988, after working six years in commercial construction as an Estimator and Project Manager. Coles received a Bachelor of Science in Civil Engineering from Clemson University. He has written two books, published numerous papers, been an Honorary Commander for the US Air Force, and was awarded the Sumter Chamber of Commerce Business Person of the year in 2009. Throughout his career, Coles has earned various certifications in the Indoor Air Quality field.

Coles has performed mission work with Presbyterian Church in Africa, Peru, Mexico, Costa Rica and in Mississippi after Hurricane Katrina. He is also an Honorary Commander for the US Air Force. He and his wife have been married since 1984, and have three children and two grandchildren. When he isn't in the office, Coles likes to spend time with family, travel, play golf, snow ski, hunt and fish.

Back to All Leadership